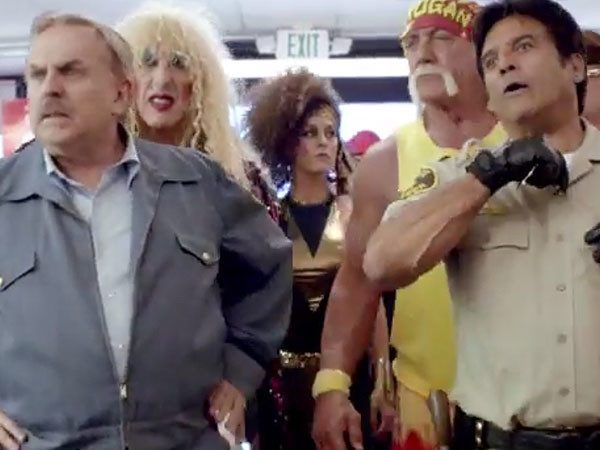 Why Nostalgia Runs Deep and Into Our Pockets

Nostalgia can be both passive and an instigator, and we’re never quite sure with what encounter it will be welcomed. It’s pushed, pulled, fantasized and even glamourized.

Fashion started the trend way back in early 2000s using old, dusty, sometimes defunct brand logos on cutting edge garb and TV would closely follow airing reruns of Alf to an audience that’s probably not left the house since the original aired. As with most things, the Internet’s faster and wider availability cracked this world wide open.

And the proverbial river ran retrospective.

This year, cult classic Breakfast Club will turn…ready for it…30. If you haven’t heard the news yet, trust me, you will. There will be special releases, re-releases, red carpet re-walks, parties, promotions and a ton of money earned and spent in the process. In the end, you or someone you know will buy the music, the app and the t-shirt.

Remember Pong? Atari? Speilberg’s E.T.? Of course you do.

The recently-gone-viral, documentary Atari: Game Over tells a more compelling Dateline-esque story than simply what happened to the company itself. Were there millions of E.T. cartridges, labeled the “worse game of all time” buried deep in a landfill in the middle of Arizona’s desert of nowhere? Storyteller, director and self-professed geek, Zac Penn, unravels the mysteries in parallel, all the way through to the dump’s excavation where — get ready for this — thousands of people showed up to witness the dirt scooped up with hopes to see and feel something amidst the garbage that ignited their warm memories.

They came from other cities, states and time zones no one could’ve predicted without a crystal ball, and next thing you know the E.T. games are selling like hot cakes on E-bay for upwards of $70 — same price as a new XBox game for something that will probably never be opened or played.

Nostalgia. Radio Shack leveraged just this in their last ditch effort at a big splash campaign just prior to shutting their doors. “The 80s called, they want their store back,” said a clerk in the 2014 Super Bowl spot as Dee Snider, Hulk Hogan, Erik Estrada, Mary Lou Retton, Alf, Chuckie the Doll, Devo, Cliff from Cheers and even the owl from Clash of the Titans (the one with Harry Hamlin, remember?) come in to pilfer the shelves of all those glorious, outdated electronics.

Radio Shack’s last hurrah. (sigh). But is it? Does it have to be? Just like distressed ringer tees and shot glasses with old Mickey Mouse characters or fashionable watches with vintage Coke logos, Radio Shack has a great opportunity to resurrect the best of its brand in promotional goods and wearables.

Who wouldn’t wear the old Radio Shack 80s bubbly logo on tees, caps or consumer electronics, irony included. TRS-80 stress balls? Slam dunk. Tandy single player games, or a limited edition head-to-head football game? Touchdown! How about an iPhone app based on Bedlam or Daggorath? Technogeeks unite! And this is just the obvious tip of the iceberg of licensed products.

As seen with Atari, memories run deep — deep into product lines and consumer pockets when nostalgia is involved. And Radio Shack has vaults of nostalgia at its fingertips, or in a warehouse.

I hear they had zillions of overpromised and underdelivered Erector Sets sent into orbit, or stuffed in cave, or maybe even buried deep somewhere in a landfill in the Arizona desert. Hey, pass it on. Radio Shack, you can thank me later.