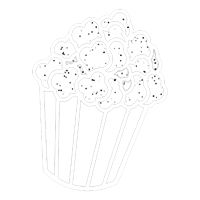 Last night’s series finale of Mad Men may be the first time anyone has felt good about Coke in a very long time. Its ongoing struggle to maintain relevance and shelf space in today’s fit and fickle marketplace is massive and frustrating. But despite being clumsy and seemingly inept at evolving its formula and brand to resonate with any generation alive today, Coke’s nostalgia still runs deep.

Not only did its born-on date precede my own (many decades ago), the word itself was used as a generic term to indicate pretty much any beverage, at least in the 80s. “Let’s get a Coke” meant grabbing a soda of any sort, whether brown, orange, clear or purple. If it was a non-alcoholic drink with bubbles, it was a Coke. Only a handful of others, like Xerox, Band-Aid and Kleenex are brands so iconic they achieved becoming the equivalent of the category themselves.

Treading lightly around spoilers, it’s safe to say that Coke has played a significant role in the fictitious life of Don Draper, always the carbonated carrot dangled to entice him to move here or there with the promise of landing The Big One, an account of epic proportions.

So it was fitting that show creator, Matthew Weiner, chose to punctuate the Mad Men story with perhaps the most inspiring soda ad of all time. Debuted in 1971, “I’d Like to Buy the World a Coke,” was a gamechanger. The brainchild of real-world ad man, Bill Backer, the story behind the commercial is a compelling narrative rooted in one thing that brings all walks of life together: airport delays. Backer, amongst a group grounded by fog in Ireland, watched travelers transition from frowns to smiles over Cokes and snacks at the airport cafe. Sheer genius. (Full story)

In the spot, smiling, hippy-ish youngsters profess “I’d like to teach the world to sing in perfect harmony” and “it’s the real thing” without pause or change of expression. They mean it. You believe it. Coke’s tagline is not just tacked on as a final thought, it is a critical part. A necessity. Buying the world a Coke meant overcoming adversity. No really, it did.

But we’re no longer buying it. Not the message, not the product and certainly not the bs. The world is a very different place and Coke has failed miserably on all fronts to adapt. We’ve gone from buying a Coke to sharing one with Mom, Dad, Jan, Steve and friends. A far cry from unifying the globe, Coke is evidently now like a wedding invite, just “you, plus one.”

Coke needs to capitalize on the nostalgia gifted by Mad Men that’s offered a brief reprieve in the sugar-soaked mess that is the Coke subpar product offering and apathetic marketing machine. Mad Men ended less than 24 hours ago, and I still have the song in my head and visions of apples and honeybees and the Real Thing. Come on, Coke!

According to Ad Age, there were over 20,000 tweets around Coca-Cola in the three hours following the finale, yet the brand itself took over an hour to post any acknowledgement of even being featured. Not exactly agile or responsive. And the Twitterverse took notice calling Coke “late to the party” among other things.

With gazillions of people around the world watching what was maybe the best free product placement ever, forced to make a positive association with their beloved Mad Men and the Coke brand, it’s Coke’s lottery ticket to transition into a success. Will it? Probably not, but in the well-scripted, televised universe, it sure seemed possible.